The latest version of the ever-evolving Lush Slide Gloves is here! Now in their 4th incarnation, they benefit from another year of sliding and racing input. They feature the same classic super-slidey removable polycarbonate palm pucks, double stiched joins, three-piece finger and thumb design, and knuckle/upper finger protection, but we've added a whole heap of extra reinforcement and velcro around the sides and ends of the fingers and thumbs to make them even more bomber than before. The V2 was described by www.silverfishlongboarding.com as having "the appearance of a solid bomb proof robot-battle fist" - the V4 is even chunkier, and our test sets have survived some pretty hefty action on the hands of our team sliders already.

We've made sure you still retain a degree of dexterity though - when we set out to make the first of our slide gloves, one of the major goals was to make a glove that you could still do stuff with. While you might not be sending text messages with these on your hands, they are still the most flexible and "invisible" gloves we've tried.

If you're new to all this sliding business, slide gloves allow the rider to de-weight their board and push their wheels fully sideways, giving the ability to stop really fast at the drop of a hat. They're also essential for drifting corners, and pulling most freestyle slide moves. Aside from a helmet, these are the one single piece of longboarding protective equipment that you really, really should own. You'll be able to stop faster, which means safer, which means you'll be able to skate faster down steeper hills.

These gloves are sized quite large.We find that the majority of people will fit a size small. Larger than average hands will take a medium. 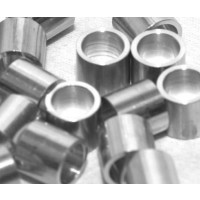 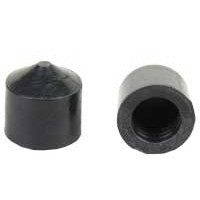 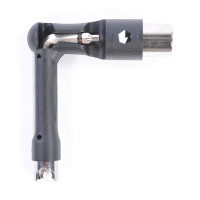 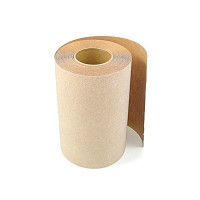